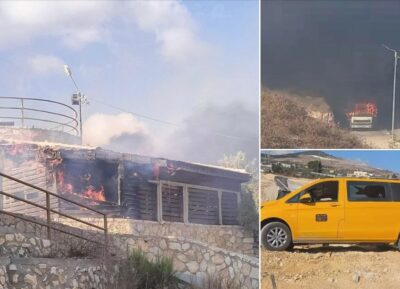 On Thursday evening, groups of fanatic paramilitary colonizers continued their invasions of Huwwara town, south of the northern West Bank city of Nablus, and fired many live rounds at Palestinian homes, in addition to burning cars and buildings.

Daghlas added that the colonizers fired many live rounds at Palestinian homes on the sides of the town’s main road, damaged and burnt cars and buildings, including shops, leading to protests.

Instead of removing the colonizers, Israeli soldiers started firing live rounds, gas bombs, and concussion grenades at the Palestinians and their homes.

Earlier Thursday, dozens of paramilitary colonizers invaded Huwwara, attacked many Palestinians, and caused damage to 15 shops and twenty cars before Israeli soldiers attacked the Palestinians, wounding many, including a journalist.