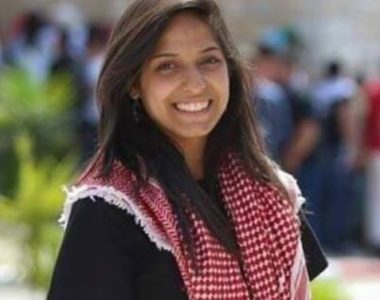 Israeli soldiers abducted, on Saturday at dawn, a young female student of Birzeit University, after storming her home in al-Biereh city, near Ramallah.

Media sources in Ramallah said several army jeeps invaded al-Biereh, before the soldiers stormed and ransacked the home Samah Jaradat, and abducted her.

In related news, the soldiers invaded Ein Qiniya village, northwest of Ramallah, before storming the home of a political prisoner, identified as Aysar Ma’rouf, in addition to the home of his brother, Tal’at, and several homes if their relatives.

Aysar’s wife, Nour Hamed, said the soldiers caused excessive damage to her home while violently searching it, and confiscated a memory card from the property.