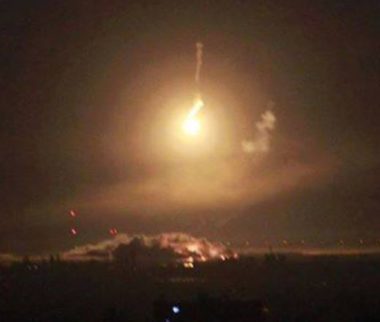 Israeli soldiers fired, on Friday at night, several artillery shells into Palestinian lands, northeast of Beit Hanoun, in the northern part of the coastal region.

Media sources in Gaza said the shells landed and detonated in farmlands, causing no casualties among the Palestinians.

They added that the Israeli Air Force was extensively seen and heard flying over Gaza city, and the northern parts of the coastal region.

The Israeli army said it was retaliating to five shells, which were reportedly fired from the Gaza Strip, on Friday, evening, and landed in open areas near Shear HaNegev settlement and Sderot, and added that siren alerts were sounded in various communities across the perimeter fence with Gaza.

On Friday, Israeli soldiers killed two Palestinian children, and injured 81 civilians, including 38 children, one journalist and two paramedics, among them a female, during the Great Return March processions in the Gaza Strip.