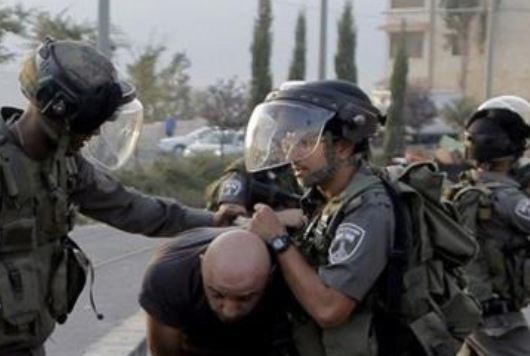 The invasion was carried out by a large military force; the soldiers invaded many neighborhoods in the town, installed roadblocks, before stopping and searching several Palestinians and cars.

The army then abducted a young man, whose identity remained unknow until the time of this report, and took him to an unknown destination.

On Sunday at dawn, the soldiers abducted at least ten Palestinians, including two children, during invasions and violent searches of homes, in different parts of the occupied West Bank.

Among the abducted Palestinians was Ibtisam al-‘Abed, the mother Omar, from Kobar village near Ramallah, who was taken prisoner on June 21st, after stabbing three Israeli settlers to death in Halamish colony. Ibtisam was taken prisoner along with her other son Khaled.