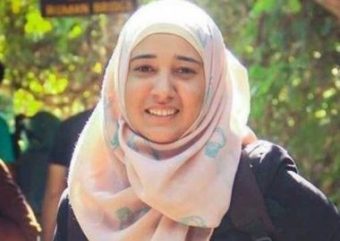 Israeli soldiers abducted, on Wednesday evening, a young Palestinian woman, in Silwan town, in occupied Jerusalem, and a young man from the al-Fandaqumiya village, south of the northern West Bank city of Jenin.

The army claimed the young woman was detained for what it described as “incitement on social media outlets,” and moved her to an interrogation center in Jerusalem. She was previously detained, and interrogated on similar allegations.

Furthermore, the soldiers abducted a young man, identified as Sobhi Mahmoud Mas’oud, from the al-Fandaqumiya village, south of the northern West Bank city of Jenin, as he was crossing a military roadblock, southwest of Jenin.