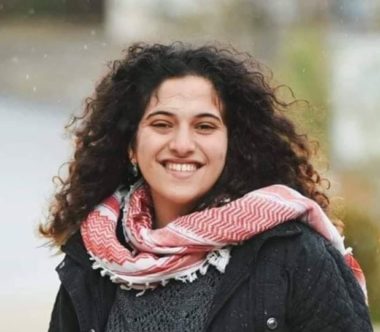 Mohammad ‘Azem, the Mayor of Sebastia Palestinian town, northwest of Nablus, said the abducted young woman has been identified as Lian Nizar Kayed, 22, from Sebastia.

‘Azem added that the young woman was taken prisoner at Za’tara military roadblock, south of Nablus, and that she was with her mother on their way to Ramallah, in central West Bank.

On Monday at dawn, the soldiers abducted 23 Palestinians, most of them are members of Fateh Movement, from their homes in several parts of occupied East Jerusalem, the Wadi Hilweh Information Center in Silwan (Silwanic) has reported.

On Sunday, Israeli police officers abducted four Palestinians, including a child, from Jerusalem.