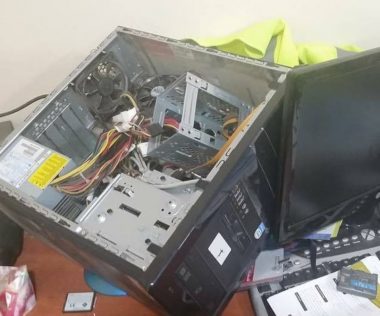 Israeli soldiers invaded, on Thursday at dawn, several areas in occupied East Jerusalem, searched many homes and abducted eight Palestinians, including one from Qalandia refugee camp, north of the city.

The soldiers invaded and ransacked many homes in the Old City, and abducted four Palestinians, identified as Yousef al-‘Ammawi, Ala’ Najeeb, Yousef Hzeina and Mahmoud Edrees.

In addition, the soldiers abducted a Palestinian, who remained unidentified until the time of this report, after stopping his car at a roadblock on the western road of the al-‘Isawiyya town, and took him to an unknown destination.

The army detained many families in the same building for several hours, and kept them in one room, but released them after concluding the invasions and searches.

It is worth mentioning that the soldiers also invaded Qalandia refugee camp, north of Jerusalem, and Kafr Aqab nearby neighborhood, searched homes and abducted a young man, identified as Bassel Hammad.

Also at dawn, the soldiers invaded Deir Abu Mashal and Silwad towns, in the central West Bank governorate of Ramallah, and demolished three homes belonging to the families of two slain Palestinians, and a detainee, involved in attacks that led to the death of two Israeli soldiers.