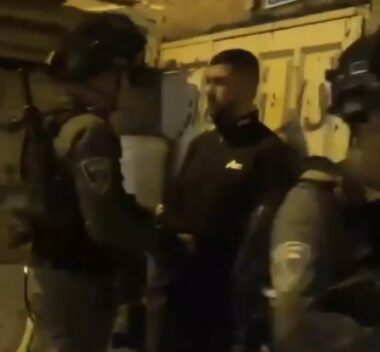 In Ramallah, in the central West Bank, the soldiers abducted Mohammad Abdul-Qader Nofal, at the main entrance of Ras Karkar village, west of the city.

The army invaded Shahin’s home looking for his son, former political prisoner Hilal Shahin, but he wasn’t there, and the soldiers decided to imprison his father instead.