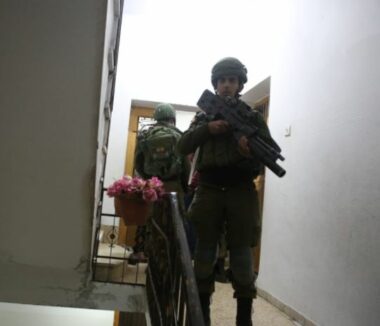 In Hebron city, the soldiers stormed and ransacked many homes, in addition to installing roadblocks on its northern and southern roads, and the entrances of Sa’ir and Halhoul towns, northeast, and north of Hebron, before stopping and searching dozens of cars, and interrogated the Palestinians while inspecting their ID cards.

In Ramallah, in central West Bank, the soldiers invaded the al-Am’ari refugee camp, south of the city, and abducted a young man, identified as Bilal Kifaya.