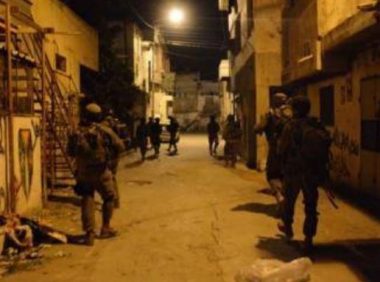 In Hebron, in the southern part of the West Bank, the soldiers abducted Mohammad Yousef Bahar, Amjad Azzam Abu Sneina, and another Palestinian who was taken near the Ibrahimi mosque.

In Nablus, in the northern part of the West Bank, the soldiers abducted Mohammad Amjad ‘Oweiss, 17, and Mustafa Mansour ‘Oweiss, 16.