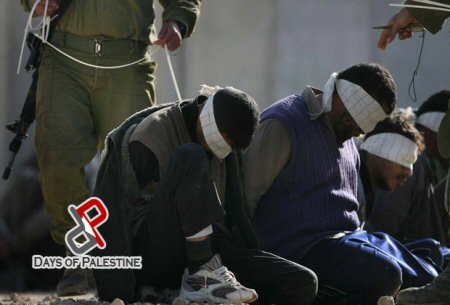 The Israeli cabinet approved, on Sunday, a bill proposal which aims to deduct the salaries of Palestinian detainees, former and current, from Palestinian Authority deposits.

The bill was proposed by Israeli MK Elazar Stern, from Yesh Atid, and signed by the Likud MKs David Bitan and Avi Dichter.

After discussing it, the Israeli Ministerial Committee for Legislation approved bill, which stipulates deducting the salaries from the monthly transfer of tax money Israel collects on behalf of the Palestinians.

The Israeli occupation considers all Palestinians, who do not believe in Israel’s right to occupy the land of Palestine and seeking the return of Palestinians refugees to their homes, as terrorists. Based on this criterion, all the Palestinian prisoners are considered “terrorists”.

Stern claimed that the salaries paid to the former prisoners or the families of current prisoners are rewards for people who murder Jews.

“The current reality is that the Palestinian Authority not only rewards the murder of Jews, but also encourages it,” Stern said. “The more you murder, the more you get,” he claimed.

“For the Palestinians, it incites them to murder and for us it is an obstacle to peace because how can we make peace with someone who encourages murder? I am convinced Prime Minister Benjamin Netanyahu and the committee headed by minister Shaked will support the legislation,” he said.

He added: “Netanyahu has commented on the issue more than once and he understands that this absurdity cannot continue.”

(Edited for the IMEMC by chris @ imemc.org.)

B’Tselem: “Video footage proves that the killing of Palestinian child was unjustified”