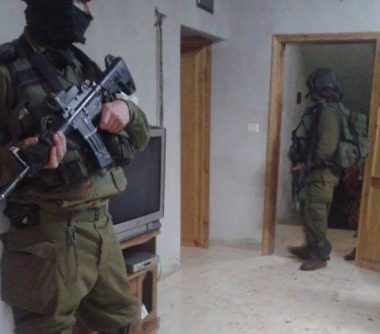 Israeli soldiers abducted, on Sunday at dawn, three Palestinians near Hebron, in the southern part of the occupied West Bank, and two near Bethlehem, south of occupied East Jerusalem.

It added that the soldiers also invaded and searched homes in Hebron city, and abducted a young man, identified as Bara’ Dofash.