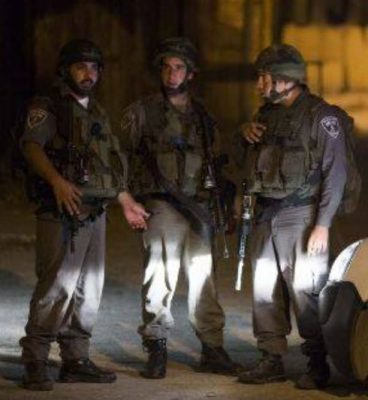 The invasions targeted dozens of homes in many Palestinian areas in the Old City, including Bab Hatta, Sa’diyya, al-Waad, and the African Neighborhood.

The abducted Palestinians have been identified as Mohammad al-Bayyoumi, Mohammad Najeeb, Waheeb al-Qutub, Ala Najeeb and Abdullah al-Julani. They were all moved to the al-Maskobiyya detention and interrogation facility.

It is worth mentioning that clashes took place, on Sunday evening until late-night hours, after the soldiers killed a Palestinian child, identified as Fatima Hajiji, 16, in Bab al-‘Amoud.

The soldiers also assaulted dozens of Palestinians, including worshipers and guards of the Al-Aqsa Mosque, trying to enter the holy site for evening prayers.