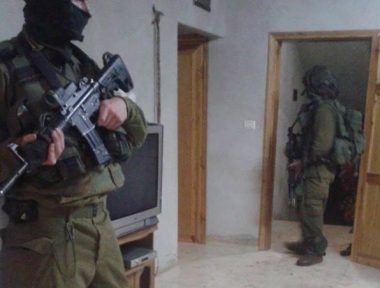 Israeli soldiers abducted, on Monday at dawn, three Palestinians in the northern west Bank governorate of Nablus, one in Bethlehem, and one in Hebron, in the southern part of the West Bank, during extensive military invasions and searches of homes.

The soldiers also summoned Hazem Rateb al-Badan, 18, for interrogation at the Etzion military base and security center, south of Bethlehem.