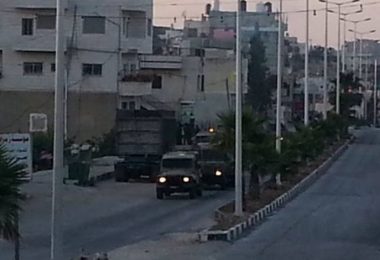 Israeli soldiers abducted, early on Thursday morning, four Palestinians, including two children, from their homes in Tulkarem and Jerusalem, in the occupied West Bank.

In addition, the soldiers invaded Batn al-Hawa neighborhood in Silwan town, south of the Al-Aqsa Mosque, in occupied Jerusalem, and violently searched many homes, terrifying the families, especially while using military dogs.

The soldiers abducted two children, and said they are looking for more, allegedly for throwing stones at the army in the neighborhood.