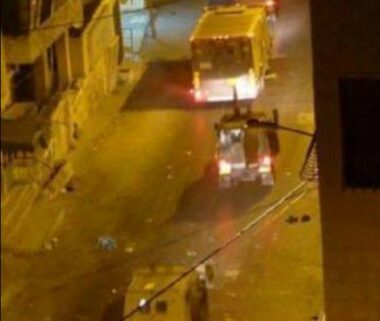 Israeli soldiers abducted, on Thursday at dawn, at least nine Palestinians, including former political prisoners, and summoned three others for interrogation, after the soldiers invaded and searched many homes across the occupied West Bank.

The PPS added that the soldiers also invaded Beit Fajjar town, south of Bethlehem, and abducted Yazan Zeid Deeriyya, 20, from his home.

The Palestinian Prisoners Society identified the abducted Palestinians across the West Bank as: