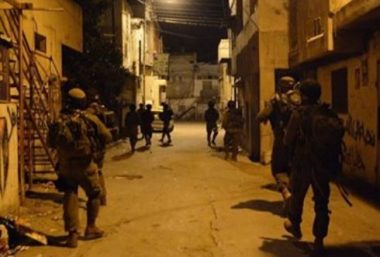 Israeli soldiers abducted, overnight until dawn hours Tuesday, seven Palestinians, including five children and one woman, from their homes, in several parts of occupied East Jerusalem.

It added that the soldiers also invaded Kafr Aqab neighborhood, north of Jerusalem, stormed and searched homes, and abducted a woman and two of her children, before moving them to an interrogation facility.