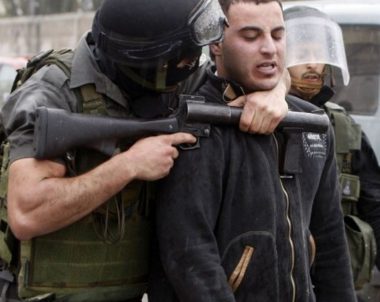 Israeli soldiers have abducted, overnight until early morning hours Sunday, 16 Palestinians, in several parts of the occupied West Bank, bringing the number of abducted Palestinians since December 7th, less than a day after U.S. President Trump made his illegal recognition of Jerusalem as a unified capital of Israel, to 430, including women and children.

In Tubas, in northeastern West Bank, the soldiers also broke into and ransacked homes, and abducted Hasan Fares Daraghma.

The PPS said the soldiers have abducted 430 Palestinians, including 131 children and nine women since December 7th, and added that the southern West Bank governorate of Hebron witnessed the largest number of abductions, reaching over a hundred Palestinians.