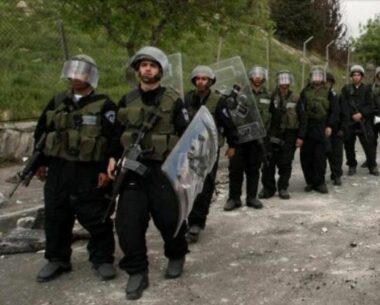 Israeli soldiers abducted, Monday, ten Palestinians from the same family in Teqoua’ town, east of Bethlehem, south of occupied Jerusalem in the West Bank, after the army stormed and ransacked many homes.

In addition, the soldiers invaded the home and Mahmoud Khatib in ‘Aida refugee camp, north of Bethlehem, and violently searched it.