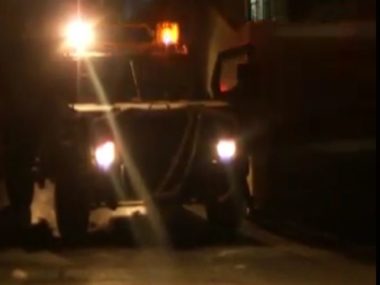 Israeli soldiers abducted, on Wednesday at dawn, at least ten Palestinians, including a former legislative council member, from their homes, in several parts of the occupied West Bank, the Palestinian Prisoners’ Society (PPS) has reported.

The PPS stated that the soldiers invaded and ransacked dozens of homes across the occupied West Bank, and interrogated many Palestinians while inspecting their ID cards.

The soldiers also installed many roadblocks, stopped and searched dozens of cars, and interrogated scores of Palestinians while inspecting their ID cards.

In Bethlehem, south of occupied Jerusalem, the soldiers abducted a young man, identified as Ahmad Kittana, from his home in Doha town, west of the city.

The soldiers also invaded the homes of former political prisoner, Mojahed Ali Sheikh, in Marah Rabah village, and Baha’ Ali Salah, 24, from the al-Khader town, south of Bethlehem, and summoned them for interrogation.

Furthermore, the soldiers invaded and ransacked the home of former Palestinian Legislative Council member, Ibrahim Mohammad Dahbour, 53, in ‘Arraba town, southwest of the northern West Bank city of Jenin, and abducted him.