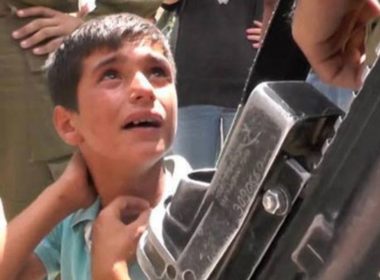 The Palestinian Detainees and Ex-Detainee Committee has reported that Israeli military courts have imposed more than 60.000 Shekels in fines on Palestinian children who were abducted by the soldiers and held in Ofer Israeli prison.

In its report, the committee stated that 57 children were moved to Ofer in January; 39 of them were taken prisoner from their homes during dawn invasions by the soldiers, in several parts of the occupied West Bank, including Jerusalem.

One of the detained children was shot and injured by the soldiers before he was abducted, and at least seventeen of the abducted children were subject to assaults and torture during their arrest or while under interrogation.

Furthermore, Israeli courts imposed prison terms on 28 of the detained children, and ordered one of them, identified as Laith Abu Kharma, 17, under Administrative Detention, without charges or trial.