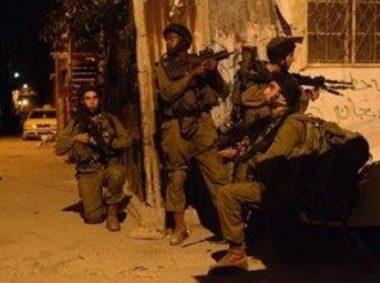 Israeli soldiers abducted, on Tuesday at dawn, three young Palestinian men from their homes, in Beit Ummar town, north of Hebron, in the southern part of the occupied West Bank.

It is worth mentioning that Mohye is the son of Falah Hamdi Abu Mariya, 53, who on Thursday July 23rd 2015, was shot dead by Israeli soldiers who stormed his home, and injured two of his sons, identified as Mohammad and Ahmad.

Falah was trying to help his son, Mohammad, after he was shot in the pelvis, but the soldiers fired two live rounds at his chest, instantly killing him.

Furthermore, clashes erupted in the town between the invading soldiers and local youngsters, who hurled stones and empty bottles on the military vehicles, while the soldiers fired many concussion grenades and gas bombs, including some that were directly fired at homes.