Israeli Soldiers Abduct Three Palestinians Near Nablus, One In Hebron 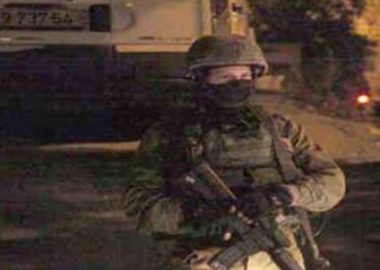 Israeli soldiers abducted, on Friday at dawn, three young Palestinian near the northern West Bank city of Nablus, and one in Hebron, in the southern part of the West Bank.

The Palestinian Prisoners’ Society (PPS) said the soldiers abducted three young men, from the central West Bank governorate of Ramallah, after stopping them at Za’tara military roadblock, south of Nablus.

The abducted Palestinians were interrogated at the military roadblock, before the soldiers abducted them.

They have been identified as Hakim Shahwan, Ahmad Sheikh Qassem and Mohammad Hassouna.

In addition, the soldiers abducted a former political prisoner, identified as Sami Saber Abu Sneina, 20, after invading and searching his home in Wad al-Harya area in Hebron city.

The soldiers also invaded and ransacked the home of Dr. Adnan Abu Tabbana, in Wad al-Harya, in addition to the home of Yousef Rajab al-Haimouni, in Abu Kteila area.