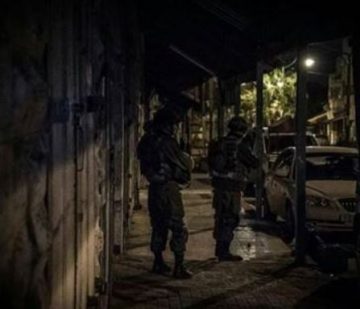 The soldiers searched homes during the invasion, and interrogated many Palestinians, before abducting a young man, identified as Hamza Hamada Taha, and two children, identified as Yazan Mohammad Harafsha, 14, and his brother Ayham, 13.

The three Palestinians were handcuffed and blindfolded, before the soldiers took them to an unknown destination.

Also Monday, the soldiers invaded many homes, in different parts of the West Bank, and abducted ten Palestinians, including a child.