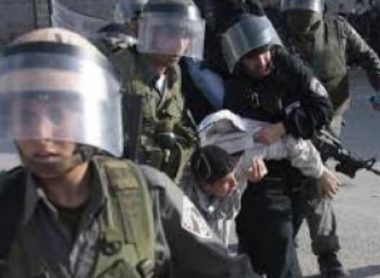 Dozens of Israeli soldiers invaded, on Sunday at dawn, several neighborhoods in Hebron’s Old City, in the southern part of the occupied West Bank, and Beit Ummar town, north of Hebron, abducted two children, and repeatedly assaulted a man after briefly detaining him.

The abduction of the two children brings the number of Palestinians, who were taken prisoner by the army in Beit Ummar since the beginning of this year, to 148, including 78 children.

In addition, the soldiers invaded many neighborhoods in Hebron’s Old City, briefly detained Yosri Adnan Zeitoun, and repeatedly kicked and clubbed him before releasing him.

The soldiers also installed many roadblocks in southern Hebron, and on roads leading to surrounding villages and towns.

In addition, the soldiers abducted, on Saturday evening and Sunday morning, four Palestinians in the West Bank governorates of Bethlehem, Jerusalem and Jenin.