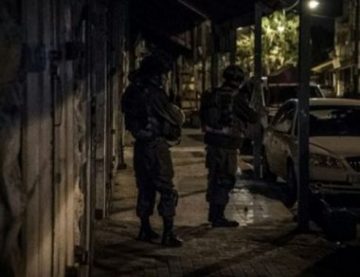 Media sources in Qalqilia said several army vehicles invaded Azzoun, and clashed with many youngsters, who hurled stones and empty bottles at them, while the soldiers fired live rounds, rubber-coated steel bullets and gas bombs.

The sources added that the clashes took place near the gate at the northern entrance of Azzoun.

The soldiers abducted two children, identified as Ahmad Sa’id Salama, 13, and Samer Sa’id Radwan, 15, and took them to an unknown destination.

In addition, the army closed the iron gate of the Annexation Wall, completely sealing the northern entrance of the town.