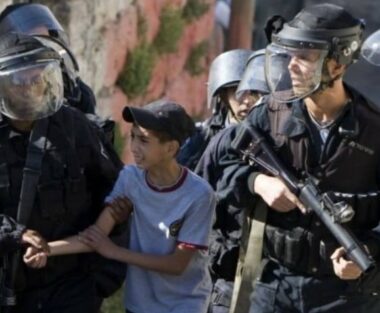 The soldiers also abducted Ahmad Ayman Kheireddin, 14, from Betunia town, west of Ramallah, while he and his father were on their land near the illegal Annexation Wall.

On Monday night, Israeli soldiers abducted three young men and injured many others, in occupied Jerusalem, in the West Bank.

On Monday dawn, Israeli soldiers abducted thirteen Palestinians from their homes and injured one in several parts of the occupied West Bank.