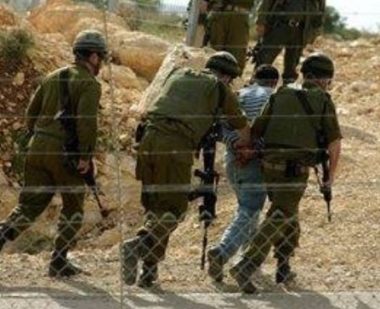 Israeli soldiers abducted, on Monday at dawn, two young Palestinian men in the southern West Bank governorate of Hebron, and installed many roadblocks, before stopping and searching dozens of cars.

They added that the soldiers also invaded and searched homes in Hebron city, and abducted Abdul-Hadi Abu ‘Aisha.

Among the searched homes was the family property of Amer Abu Aisha, 32, who was killed by the army on September 23, 2014.

Furthermore, the soldiers installed roadblocks in Jabal Abu Romman neighborhood in Hebron city, in addition to the main entrances of Halhoul and Sa’ir town, before stopping and searching dozens of cars, and interrogated many Palestinians while inspecting their ID cards.