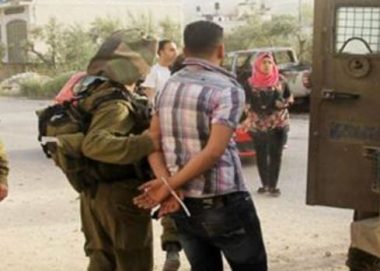 The WAFA Palestinian News Agency said the soldiers abducted Aziz Sawafta and Mahmoud Sawafta, and took them to an unknown destination.

The army said it invaded the village to look for what it called “unlicensed irrigation networks” used by the Palestinian farmers.

Last week, the army invaded the village, and destroyed a water pipeline in the village under the same allegations.

While illegal Israeli colonies, built on Palestinian lands in the area have uninterrupted, abundant water supplies, the Palestinians, and their agricultural lands, remain without sufficient water resources due to Israel’s illegal policies.