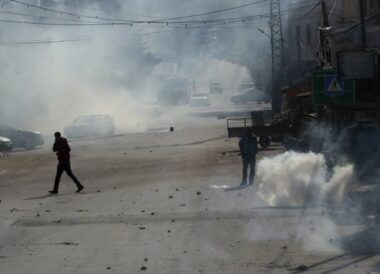 They added that the invasion led to protests, and the soldiers fired many rubber-coated steel bullets and gas bombs, at the protesters and surrounding homes, wounding two Palestinians and causing many to suffer the effects of tear gas inhalation.