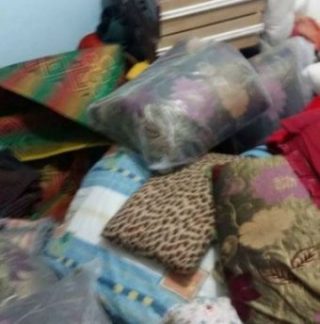 Many Israeli soldiers invaded, on Sunday at night, a Palestinian home in Shiokh town, northeast of Hebron, in the southern part of the occupied West Bank, and assaulted an elderly woman while violently searching and ransacking her home.

Halayqa added that the soldiers also used military dogs during the search, and repeatedly assaulted ‘Ayayda’s wife, especially in her chest, after she objected to their violent invasion and ransacking of her home.

The woman collapsed before Palestinian medics rushed to the property, and took her to a hospital in Hebron.

Doctors said they intend to keep her under observation for an additional day to conduct more checkups and X-rays.

On Sunday evening, the soldiers abducted three Palestinians in the al-‘Isawiyya town, in the center of occupied East Jerusalem, and Hizma town, north of the city, while navy ships attack Palestinian fishing boats in Gaza waters.

On Sunday at dawn, the soldiers abducted a former political prisoner, after invading his home in Beit Ummar town, north of Hebron, in the southern part of the occupied West Bank.