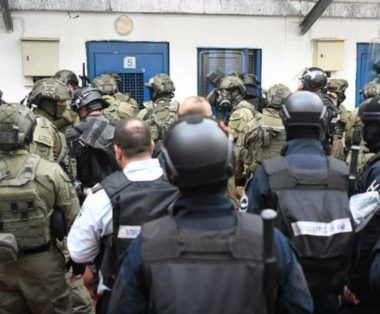 Israeli soldiers attacked, on Saturday at dawn, many Palestinian political prisoners in Asqalan Prison, and conducted very violent searches of their rooms and property.

The Palestinian Prisoners’ Society (PPS) has reported that the attack comes one day before the planned hunger strike in the prison due to the escalating Israeli violations against them, which significantly increased starting this past April.

The detainee placed several demands, including an end to the heavily armed and very violent invasions and searches of their rooms, cancelling the sanctions imposed on them, providing the adequate urgently needed medical care to four detainees, identified as Bassel Na’san, Yasser Rabay’a, Haitham Hallas and Mohammad Barrash.

The Committee stated that the detainees have announced the following list of demands: