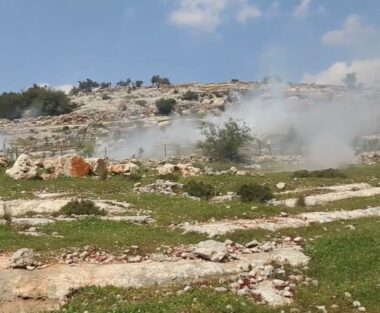 On Tuesday, Israeli soldiers attacked many Palestinians, including political leaders and social figures, while planting olive trees in Jabal ar-Reesan mountain near Ramallah, in the central West Bank.

Media sources said the soldiers invaded the Palestinian lands and started firing gas bombs and concussion grenades at the Palestinians before physically assaulting some of them.

They added that dozens of Palestinians suffered the effects of tear gas inhalation, and others sustained cuts and bruises. 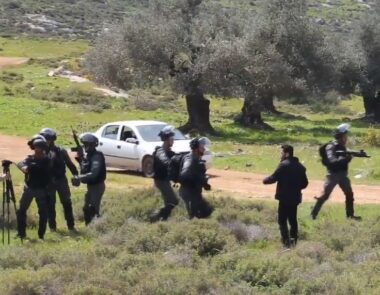 Several years ago, an Israeli colonizer invaded Palestinian lands in Jabal ar-Reesan and installed a mobile home before more colonizers joined him and created a new colonialist outpost.

The Palestinians have been trying to retrieve their stolen lands from the illegal colonizers who enjoy military support from the Israeli occupation army and government.

The Palestinian Ministry of Foreign Affairs and Expatriates Minister issued a statement calling the international community to act on dismantling Israel’s apartheid system and policies against the Palestinian people.