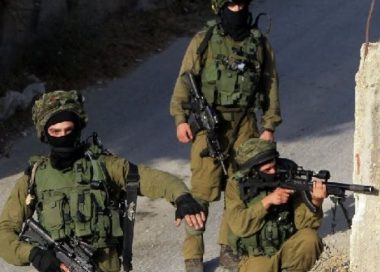 Israeli soldiers attacked, Tuesday, dozens of Palestinian protesters, who marched from the center of Bethlehem city, in the occupied West Bank, heading towards the northern entrance of the city.

The Palestinians marched from Bab Zqaq area, heading towards Hebron-Jerusalem Roads, then near Bilal Bin Rabah mosque, at the northern entrance of Bethlehem city.

The soldiers fire many gas bombs and concussion grenades at the protesters, wounding a lawyer, identified as Farid al-Atrash, and causing several Palestinians to suffer the effects of teargas inhalation.

In addition, the soldiers fired many gas bombs and concussion grenades at Palestinian reporters, causing many to suffer the effects of teargas inhalation.

The protest is part of ongoing activities and massive processions against the illegal U.S. recognition of occupied Jerusalem as the unified capital of Israel, in direct violations of various international treaties and resolutions.