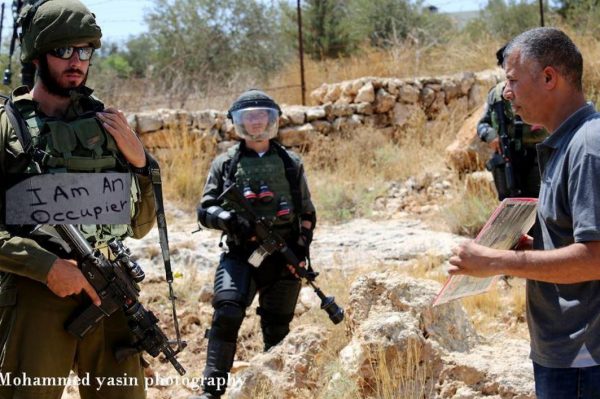 Israeli soldiers attacked, Friday, the weekly nonviolent protest in Bil’in village, in the central West Bank district of Ramallah, as the Israeli, international and Palestinian activists marched this week in solidarity with hunger-striking detainee Bilal Kayed.

The protesters marched from the center of the village carrying Palestinian flags, posters of Kayed and other hunger striking detainees, demanding their immediate and unconditional release, and chanted against the ongoing illegal Israeli occupation of Palestine.

They also carried mirrors with the words “I am an occupier,” written on them, and positioned them in front of the soldiers.

Abdullah Abu Rahma, the coordinator of the Popular Committee against the Wall and Colonies in Bil’in, also presented a detailed presentation to visiting international delegat 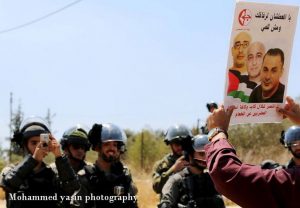 es, explaining the successes the villagers, and their supporters, had in demolishing sections of the Annexation Wall and rerouting it.

He also presented the delegates with a list, and detailed information, about the large ray of weapons the Israeli army has been using against the nonviolent protestors, and the illegal policies of collective punishment, including home invasions and abduction of villagers.

Similar to previous weeks, the army tried to claim that the area was a “closed military zone,” in an attempt to force the protesters out of their own lands. 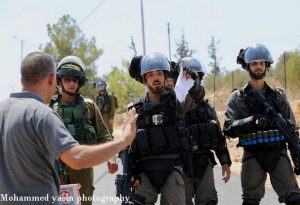 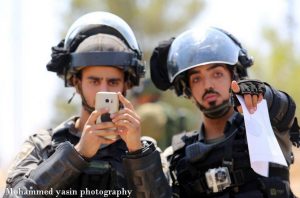