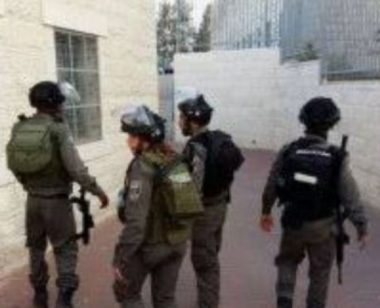 Israeli soldiers continued, Thursday, the siege, home invasions and violent searches in the al-’Isawiya town, in the center of occupied Jerusalem.

Media sources in al-‘Isawiya said the soldiers installed dozens of roadblocks in several parts of the town, before stopping and searching dozens of cars, and interrogated scores of Palestinians, while inspecting their ID cards.

They added that the soldiers also invaded several under construction buildings, under the pretext of looking for Palestinian workers from other parts of the West Bank, who do not obtain work and entry permits.

On Wednesday evening, the soldiers occupied the rooftop of the main mosque in the town, and removed Palestinian flags, before abducting four young men.