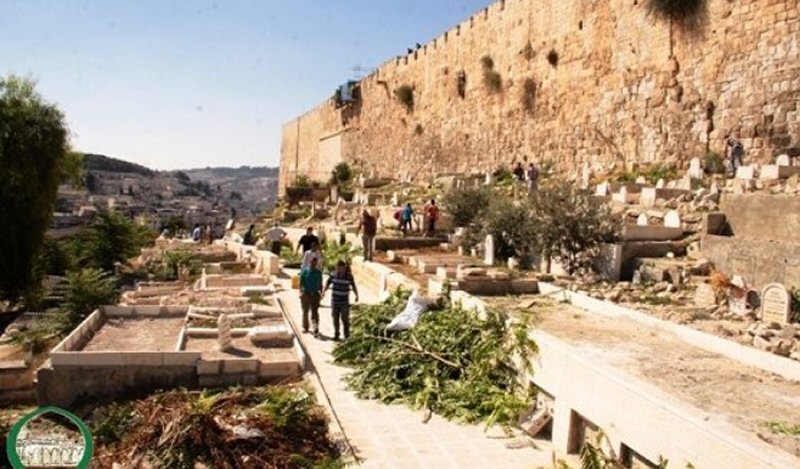 For the fourth consecutive day, Israeli forces continue to attack the centuries-old Bab Al-Rahma Islamic cemetery near Al-Aqsa mosque, by digging up graves of Palestinians.

According to the PNN, WAFA agency reported, on Wednesday, that a number of Palestinians were injured after being physically attacked by Israeli forces, as the latter continued to desecrate  an ancient Muslim cemetery, just outside Jerusalem’s Old City wall.

The soldiers continued to dig up graves and land in the cemetery, and to place metal fences in parts of it, while soldiers assaulted a group of Palestinians who managed to access the cemetery and attempted to prevent the continuing violation of the cemetery.

Israeli authorities intend to build a “National Park” on its lands.

Desecration of not only Islamic holy sites, but Christian as well, by Israelis, occurs on a near routine basis, in occupied Palestine.

Archive IMEMC post 07/17/17: Israel Is Not As Christian-Friendly As You Think