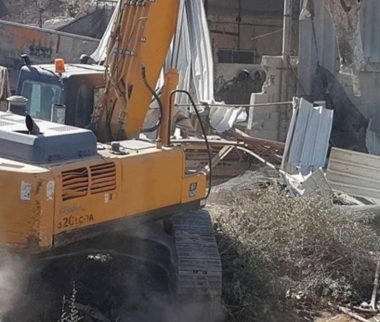 They added that the soldiers then demolished the under-construction home of Hijazi Mahmoud, in the al-Qastal area, allegedly for being built without a permit from the “Civil Administration Office” run by the army in the occupied West Bank.

It is worth mentioning that the home is in an area which is subject to frequent Israeli violations, especially since Israel intends to expand illegal colonies, built on Palestinian lands.