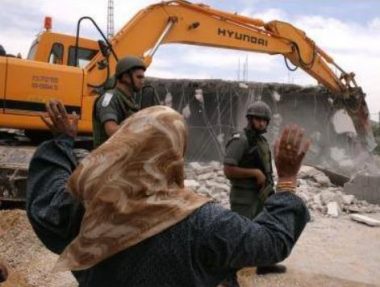 Several Israeli military vehicles, including bulldozers, invaded on Monday morning, an area east of Hebron city, in the southern part of the occupied West Bank, and demolished a Palestinian home.

The WAFA Palestinian News Agency said the soldiers surrounded Mazare’ Al-Baqar area, before invading it, and demolished the property under of the pretext of being built without a permit.

WAFA added that the property was owned by a local man, identified as Badwan Abu Mayyala, and his family.

The Israeli policy of demolishing Palestinian homes, under various pretenses and allegations, are acts of collective punishment, deemed illegal by International Law, and the Fourth Geneva Convention, to which Israel is a signatory and a constant violator.