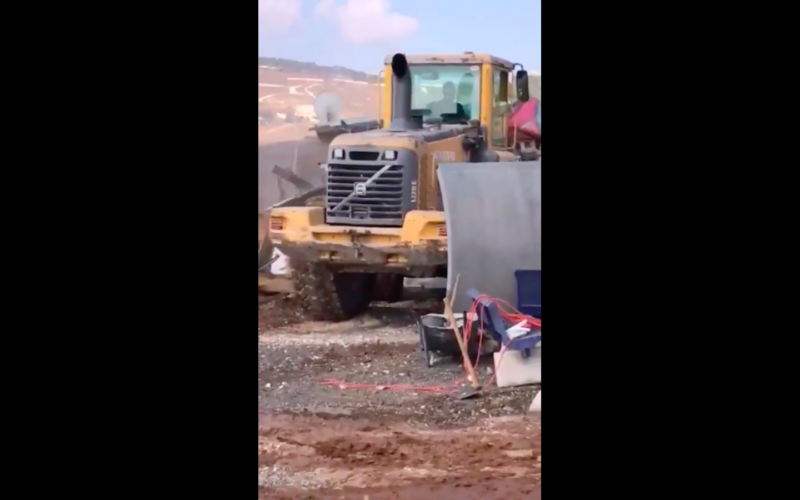 Mohammad Abu al-Hummus, a member of the Follow-up Committee in al-‘Isawiya, said many soldiers, police officer and personnel of the City Council in occupied Jerusalem, invaded the town, and started bulldozing structures and uprooting lands.

He added that the lands, privately-owned by three Palestinians from the town, are located in the eastern area of al-‘Isawiya.

He also said that the soldiers first destroyed and removed the fences surrounded the lands and started the demolition of structures and the uprooting of trees.

It is worth mentioning that Israel has demolished, or forced the Palestinians to demolish their properties, in occupied Jerusalem, more than a hundred times this year alone.

Israel does not allow the Palestinians to build on their lands, or expand their existing buildings, under various allegations, only meant to force them out of their lands, to that it can continue to build and expand its illegal colonies, in direct violation of International Law and the Fourth Geneva Convention.