Palestinian Family Refuses to Demolish its own Home in East Jerusalem 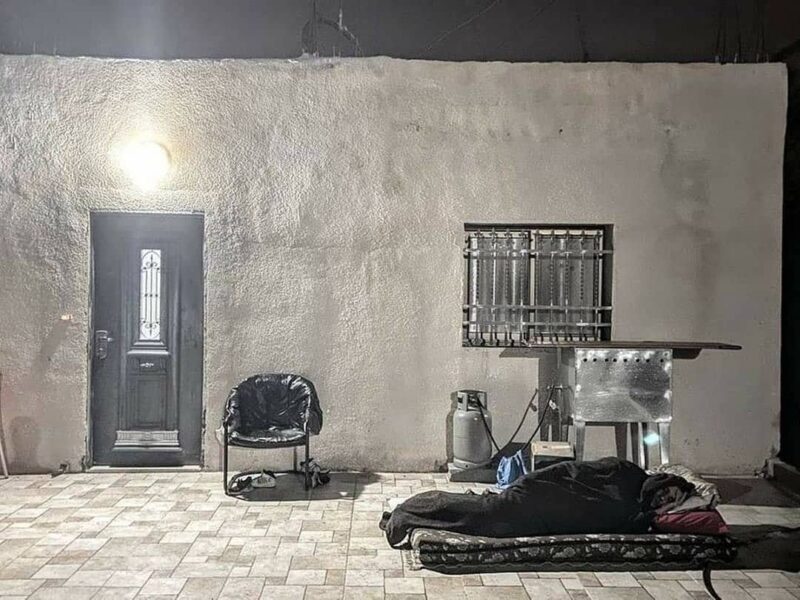 A Palestinian family in occupied East Jerusalem refuses to demolish their homes, despite orders issued by the Israeli municipality of West Jerusalem, and is facing heavy costs if the municipality demolishes it, the Palestinian WAFA News Agency reported.

Residents of Silwan neighborhood, in East Jerusalem held a public prayer at a solidarity tent, where residents agreed to stop yielding to pressure from the Israeli municipality to demolish their own homes.

“Demolishing houses with their bulldozers or self-demolition has become one of the weapons they use to fight us,” they added, calling on Palestinians to refuse to self-demolish their homes, and to support others who have their homes demolished.

The latest example of this determination is the Abdo family from Jabal al-Mokabber, in occupied East Jerusalem.

“The demolition of homes is a crime we cannot commit against ourselves. If the occupation insists on that, it may do it itself and expose itself before the whole world,” the family said in a statement.

The Palestinian Information Center quoted the family as saying, “At any moment, the occupation can demolish the house, and our children live in constant fear of the moment when the demolition is carried out. Our life is very difficult and the situation is very tragic.”

One of the children asked, “Where will we live if our house is demolished while the coronavirus epidemic is still there. Can the world stop these crimes against the residents of Jerusalem.”

Fawaz Abdo is photographed sleeping outside his home in order to protect his family, as Israeli demolition orders against his home come into effect.