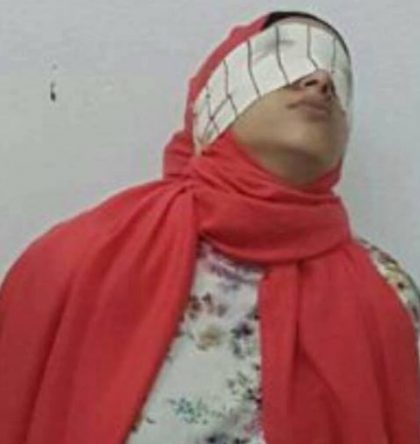 Israeli army claimed, on Sunday evening, that a Palestinian woman was arrested after she attempted to stab a female soldier at a military roadblock, West of the northern West Bank city of Jenin. Palestinian sources said the kidnapped Palestinian is a child, and that the army kidnapped her parents at the scene and her two brothers from their home.

She has been identified as Amaal Jamal Mohammad Kabaha, only 15 years of age.

On its part, Israeli daily Haaretz said, “the woman was driving a car, and got out of it at the Shaked roadblock, before attempting to a stab soldier.”

It added that a female soldier suffered a mild injury and that the soldiers “arrested the Palestinian woman” without the need to open fire, and took her to an interrogation facility.

Meanwhile, Israeli Ynet News said the soldier was injured during what it called “the struggle to neutralize the threat,” and that she received medical treatment at the scene without the need for hospitalization.

Following the incident, the soldiers kidnapped the child’s father and mother, who were with her, and later invaded the family home, in Toura village near Jenin, and kidnapped her brothers Sanad, 21, and Mohammad, 20.