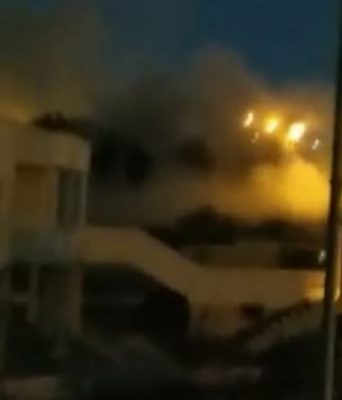 Dozens of Israeli soldiers invaded, on Wednesday at dawn, the town of Beit Surik, northwest of occupied East Jerusalem, and detonated the family home of a Palestinian who was killed near Hadar Adar illegal Israeli colony, last September, after killing three Israeli security officers.

Media sources in Jerusalem said the soldiers imposed a tight siege on Beit Surik, before invading it, and removed the family of Nimir al-Jamal from their home, before demolishing it.

The soldiers rounded the family, and all other neighboring families, in the yard of a local school in Beit Surik, and wired the home before detonating it.

The family has been fighting the collective punishment measure enforced by the army and Israeli courts, but lost its latest appeal a week ago, and received an official demolition order.

It is worth mentioning that Nimir al-Jamal was killed on Tuesday morning, September 26th 2017.