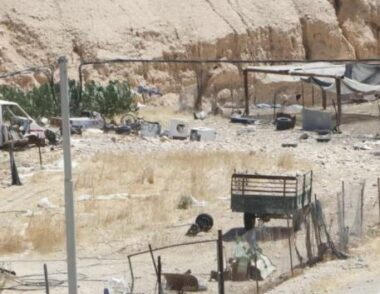 Hasan Breijiyya, the head of the Bethlehem office of the Colonization and Wall Resistance Commission, has reported that the army previously declared the lands as a “closed military zone,” a move which precedes the illegal annexation of Palestinian lands.

He added that the army is planning to build a new military base in the area, under the allegation of protecting the colonists.

Gush Etzion is one of the largest colonialist blocs in the occupied West Bank, and contains a large military base and security center, which is also used a detention and interrogation facility.