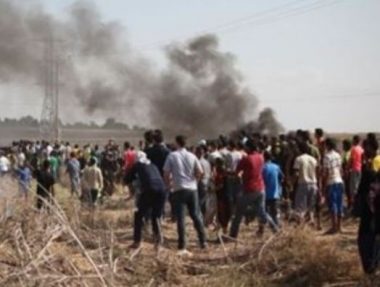 Israeli soldiers attacked, on Friday evening, Palestinian protesters, marching on their lands near the border fence, east of Gaza city, wounding one.

They added that a young man was shot with a live round in his leg, and suffered a moderate injury, before he was rushed to a nearby hospital.