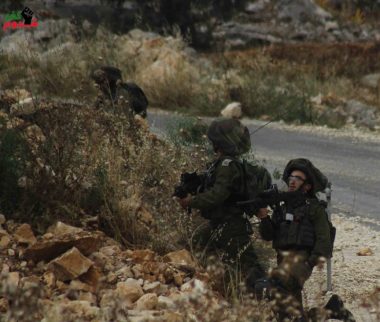 Medical sources said the soldiers shot the young man, 25 years of age, with a rubber-coated steel bullet in the abdomen.

They added that the young man received the needed treatment by local medics, without the need to transfer him to a hospital.

Morad Eshteiwi, the coordinator of the Popular Committee against the Annexation Wall and Colonies in Kufur Qaddoum, said the soldiers resorted to the excessive use of force against the protesters, and fired live rounds, rubber-coated steel bullets and gas bombs at them.

On Friday evening, the soldiers shot a young man with a live round in the leg, after the army invaded Abu Dis town, east of occupied East Jerusalem.