Updated: Army Kills A Medic, Injures 100 Palestinians, Including 40 With Live Fire, In Gaza 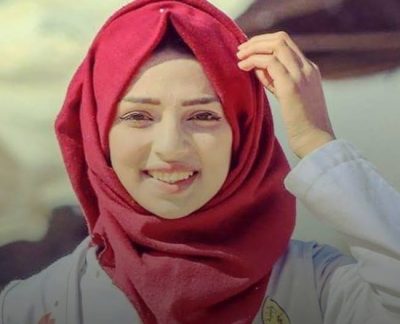 The Palestinian Health Ministry has reported that Israeli soldiers killed, Friday, a young Palestinian woman, a volunteer medic identified as Razan Ashraf Najjar, 22, and injured 100 Palestinians, including 40 with live fire.

The Health Ministry said the soldiers resorted to the excessive use of force against Palestinian protesters, participating in the Great Return March, and marching for breaking the ongoing deadly Israeli siege on the Gaza Strip.

Dr. Ashraf al-Qedra, the spokesperson of the Health Ministry in Gaza, stated that the Razan was killed by live Israeli army fire after the soldiers targeted five medics providing treatment to wounded Palestinians in the “Return Camp,” east of Khan Younis, in the southern part of the Gaza Strip.

He added that the soldiers also injured more than 100 Palestinians, including 40 with live fire, while the rest suffered various cuts and bruises, in addition to the effects of teargas inhalation.

Razan, who was wearing a clearly-marked medic vest, was at least 100 meters away from the eastern border fence when she was shot while providing aid to wounded Palestinians and attempting to evacuate them to the field clinic.

Prior to her injury, Razan, managed to render aid to many wounded Palestinians, including an elderly man who suffered the effects of teargas inhalation.

Razan was killed when an Israeli sniper shot her in the back, and the bullet went through her heart. 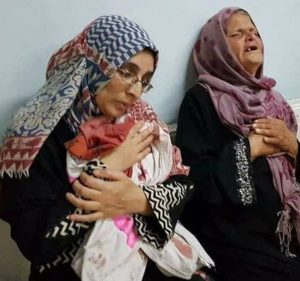 Dr. Rasha Abdul-Rahman Qdeih said she was with Razan when they were trying to help wounded Palestinians, but five army jeeps came close to the fence, before two soldiers left one of the vehicles and pointed their sniper scopes at them.

“I shouted at my colleagues to take cover and remain alert,” she said, “The soldiers fired several rounds, and some minutes later, we managed to evacuate the wounded, before the soldiers started firing gas bombs.”

“But then, the soldiers fired several exploding rounds at us; one of them struck Razan and killed her, and another bullet struck a medic, identified as Rami Abu Jazar, in his thigh, in addition to shrapnel in his left thigh, arm and leg, while another medic, Mahmoud Abdul-‘Aati, was injured by shrapnel,” Dr. Rasha added.

It is worth mentioning that Razan is the second medic to be killed by Israeli army fire since March 30th, after the soldiers killed Mousa Jaber Abu Hassanein, 36, who was shot on May 14th, while wearing a clearly marked medic vest.

The soldiers also injured 223 medics, including 29 who were shot with live fire or after being directly targeted with high-velocity gas bombs.

Dr. Mustafa Barghouthi, the head of the Palestinian Medical Relief Society (PMRS), said Razan was a volunteer with the PMRS, and was killed after the soldiers fired live rounds at a filed clinic, hundreds of meters away from the border fence.

Dr. Barghouthi said the killing of the volunteer medic is another crime committed by Israel against innocent civilians, including medics and journalists, and added that the medical teams will continue their humanitarian duties despite the Israeli violations, and constant escalation.

Razan’s death brings the number of Palestinians, killed by Israeli army fire since the beginning of the “Great Return Match, on March 30th, to 119, while more than 13400 have been injured, including 330 who suffered life-threatening wounds.