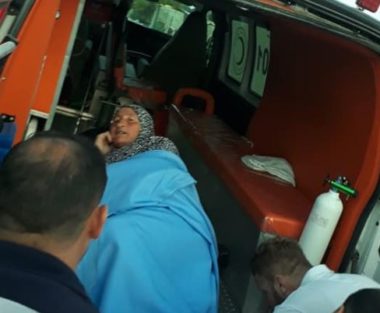 Israeli soldiers and illegal colonialist settlers attacked, Friday, dozens of Palestinian farmers on their lands, east of Yatta town, south of the southern West Bank city of Hebron, and attempted to abduct a young man, before shooting an elderly woman with a gas bomb, and caused dozens to suffer the effects of teargas inhalation.

Rateb Jabour, the coordinator of the Popular and National Committees in Southern West Bank, said the soldiers shot Khadra Salman Rib’ey, 70, with a gas bomb in her chest, before she was moved to a local hospital.

He added that the incident took place after dozens of illegal colonists tried to invade the at-Tiwana village east of Yatta, and attacked many farmers on their own lands, before the Israeli soldiers also attacked the villagers and started firing gas bombs at them.

The Israeli attacks took place as the farmers were harvesting their lands, and the soldiers also attempted to abduct a young man, but he managed to run away. 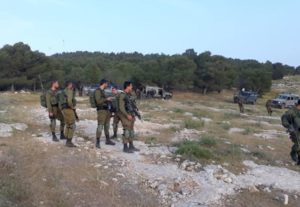