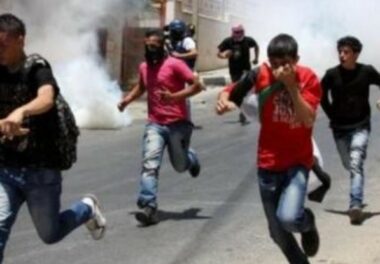 On Monday afternoon, Israeli soldiers injured many schoolchildren in Silwad town, east of Ramallah, in the central part of the occupied West Bank.

Media sources said several army vehicles invaded the town and headed towards the schools’ area just as the children were heading back home.

They added that the soldiers chased the students and fired many gas bombs and concussion grenades at them at the main junction of their town near their schools.

The invasion was the second in two days, and both invasions were carried out just after the students left their educational facilities and were heading home.

On Monday dawn, Israeli soldiers abducted eleven Palestinians from their homes in several parts of the occupied West Bank.