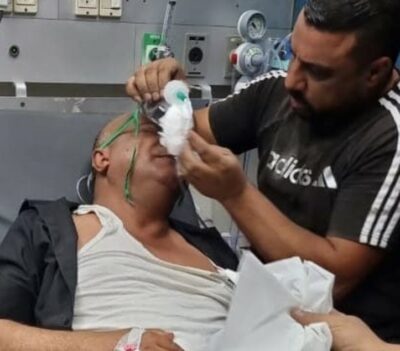 On Friday, Israeli soldiers attacked a Palestinian government minister and one of his aides while picking olive trees with dozens of farmers on a Palestinian orchard in Qaffin town, north of Tulkarem, in the northern part of the occupied West Bank.

The WAFA News Agency said the Palestinian Minister, the head of the Wall and Colonization Resistance Commission, Moayyad Sha’ban, was with his aides and dozens of Palestinian farmers, picking olive orchards when the soldiers invaded the Palestinian lands and assaulted them.

WAFA said the soldiers fired a barrage of gas bombs and concussion grenades at the Palestinians, causing Sha’ban to suffer the severe effects of tear gas inhalation.

Also, the soldiers shot Sha’ban’s aide, Ali Sabarini, with a rubber-coated steel bullet fired at his thigh from close range.

Palestinian medics rushed the Minister and his aide to Dr. Thabet Thabet governmental hospital in Tulkarem. 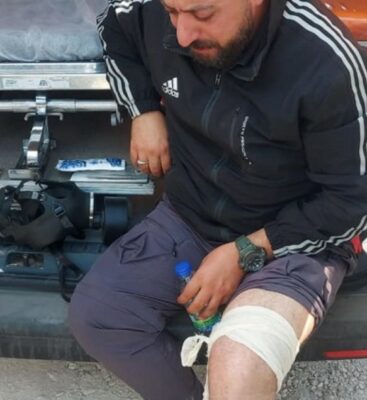 Walid Sabah, the Mayor of Qaffin, said Israeli soldiers and illegal colonizers surrounded the Palestinians and tried to stop them from entering their orchards.

“Just as we tried to reach the olive trees, the soldiers assaulted us, fired many gas bombs and rubber-coated steel bullets, wounding the minister and his aide,” Sabah added.

On Thursday, Palestinian Prime Minister Mohammad Shtayyeh denounced the dangerously escalating attacks by the illegal colonizers and soldiers and added that Sha’ban was recently subject to a vicious campaign by Israeli fanatics on social media, describing him as a “terrorist” and calling for “punishing him.”